This is the conferment committee’s blog – welcome! 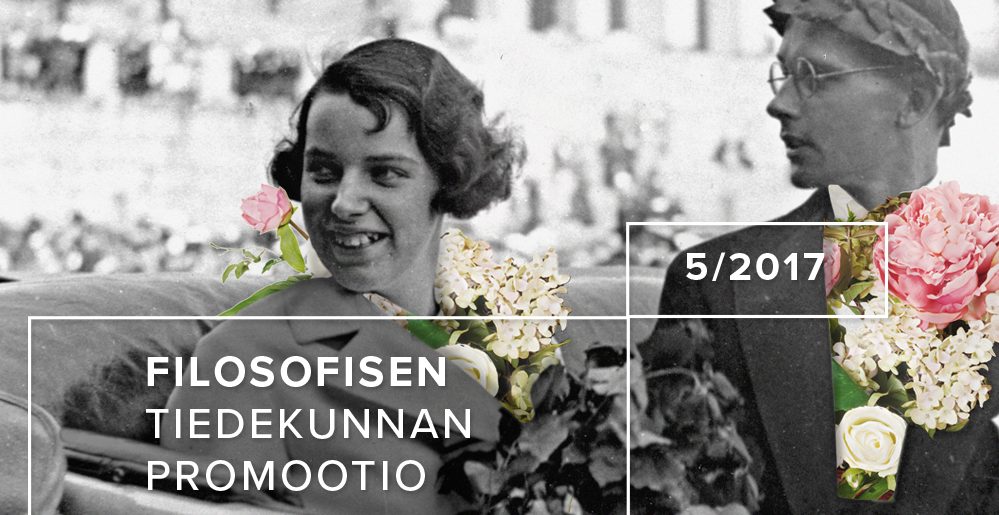 I am Mari, the gratista aka the chair of the committee. This blog is about how I found my way into organising the conferment and what the committee has already been up to.

My first memory of the conferment ceremony dates back to 2008 when I visited the Helsinki University Museum as a freshman. I can still remember the hall of the beautiful and historic Arppeanum building that held in between the grand portraits of former rulers a modest glass cabinet with the dress of the Official wreath-weaver from 1914. The white silk gown had been gently touched by time, and next to it lay an old and wizened wreath. The objects that told the story of the former conferment ceremonies were oozing with nostalgia and conveyed to my mind a vivid image of a celebration where toasts are proposed to spring, science, education and culture.

For me, the charm of the conferment ceremony derives partly from the nostalgia and how it enables escapism into an imagined past. The foundation of the celebration was laid in 1643 when the just founded Royal Academy of Turku held its first conferment ceremony. Ten masters were conferred that day. Rare are the festivities that can claim to have as long and as unbroken a history as the conferment ceremony. The ceremony is traditionally arranged in 3 or 4 year intervals, on a year during which 50 or 100 years has passed from a conferment in the distant past. The conferment next spring is an exception as our “riemupromootio” was celebrated in 1757 – a staggering 260 years ago. As there are a lot more than ten masters to confer today, it has been seen to be prudent to tighten the interval between the ceremonies. The conferment ceremony may have its roots in the distance past, but it changes according to the times.

My next, more personal encounter with conferment took place in 2014 when a friend of mine asked me to be his wreath-weaver. Of course, I couldn’t turn down a one-of-a-kind party even though it required me to scour on, a moment’s notice, through the city of Helsinki looking for a white dress. For me, the conferment ceremony began at the Wreath-Weaving Ceremony during which I – as the name implies – wove a wreath for my friend. I was somewhat afraid in beforehand that the conferment festivities would be as official and stiff as they come and that I would be constantly admonished for my slightly cream coloured dress. The reality couldn’t be farther away from the truth! The three days of frolicking went by as if seen through an Instagram filter: with ease, delight and style. Many more friends of mine from the University than I could have imagined beforehand participated and a multitude of new acquaintances were made.

As a consequence, a desire to be involved in organising the next conferment ceremony – when I myself would be among those to be conferred – sparked in my heart. Thus, the idea of becoming a gratista arose.

Our conferment committee formed ranks already at the end of last spring and is – at the moment – making good headway into planning and organising the next ceremony for all you dear degree recipients and your companions. We are a large and colourful group of people from different fields of study and faculties. Some of us have already graduated while others are applying the finishing touches into their theses; some of us will be conferred degrees to masters and others to doctors. As of yet, we have already managed to reserve required locations for the events, plan the visual identity and made decisions on the art pieces to be commissioned for the ceremony, as well as get really excited about the upcoming festivities. For example, we all will be enjoying the conferment dinner in Finlandia Hall.

You can follow the progress of the committee’s work here in the blog and via our social media channels. I sincerely hope that you too will find the conferment spark ignited in you, and that we will get the chance to meet during the festivities next spring!