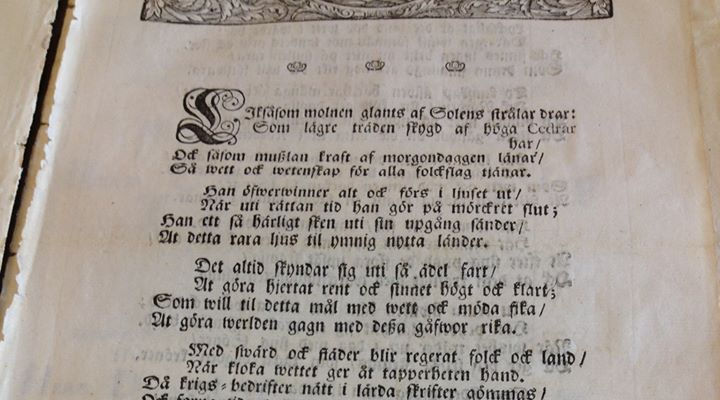 Conferment art and poems are an essential part of the conferment traditions. Conferment poems have been presented since the first conferment in 1643. At that time one of the assignments of the professor of poetics was to write poems to the ceremonies in the academia. Speeches were often poems, too. For 250 years, the poems have been ordered from artists respected by the promovendi and it is the purpose of the poems are to greet the freshly graduated promovendi. The conferment poems, both in  Finnish and in Swedish, are presented at the Conferment Dinner at the Finlandia Hall on 26th of May 2017. For centuries, the  promovendi have also ordered various artworks, such as cantatas, ceremonial marches, theatre acts and graphical works. This year the works represent very modern and urban style.